Following a successful members and sponsors day on 27 February, it is now time for the official Grand Opening of Springmount Raceway, Australia’s newest 1/4 mile drag strip.

To ensure the day does off with a bang, we have secured two (2) Outlaw Nitro Funny Cars which will make several passes during the day. You don’t want to miss these 4,000hp beasts as they accelerate to speeds approaching 400km/h in front of your eyes. It’s not something you will forget in a hurry!

Details of the event are as follows:
– Gates open to competitors on Friday from 3pm – 9pm and again on Saturday from 7am. There will be strictly no access before these times and after 9pm on Friday night.
– Gates open to spectators on Saturday from 8:30am.
– Practice will begin at 9am, with the official opening ceremony and racing (beginning with the Nitro Funny Cars) to begin at 1pm.
– Racing will conclude at around 5:30pm with the last pass from the Nitro Funny Cars.

Up to 4 pit crew passes can be purchased for each competitor on the gate only.

Spectator tickets can also only be purchased on the gate.

Ticket prices – purchase at the gate 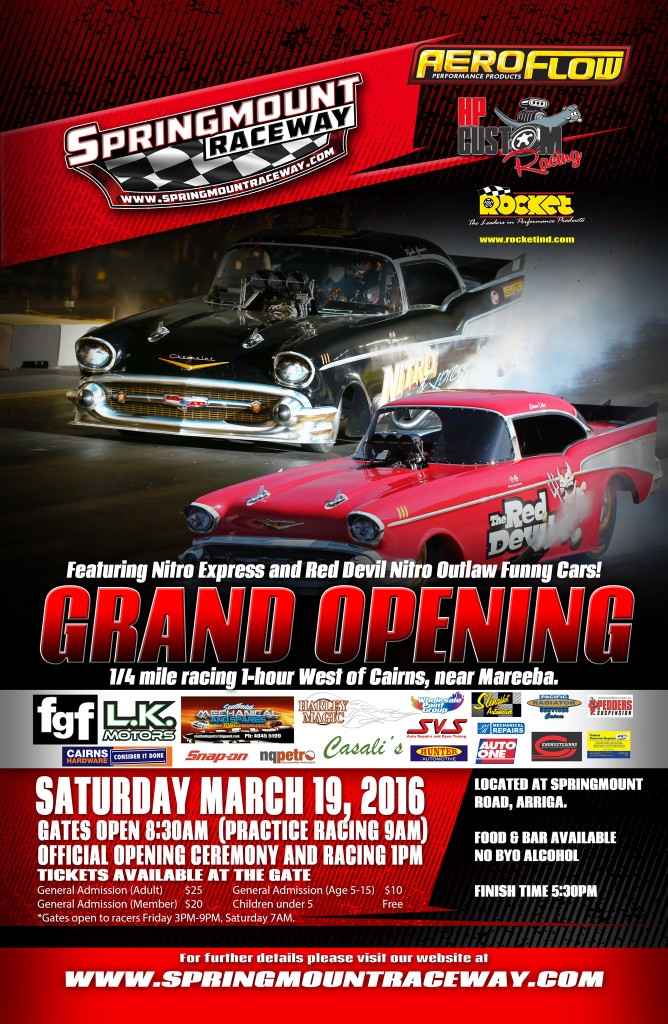